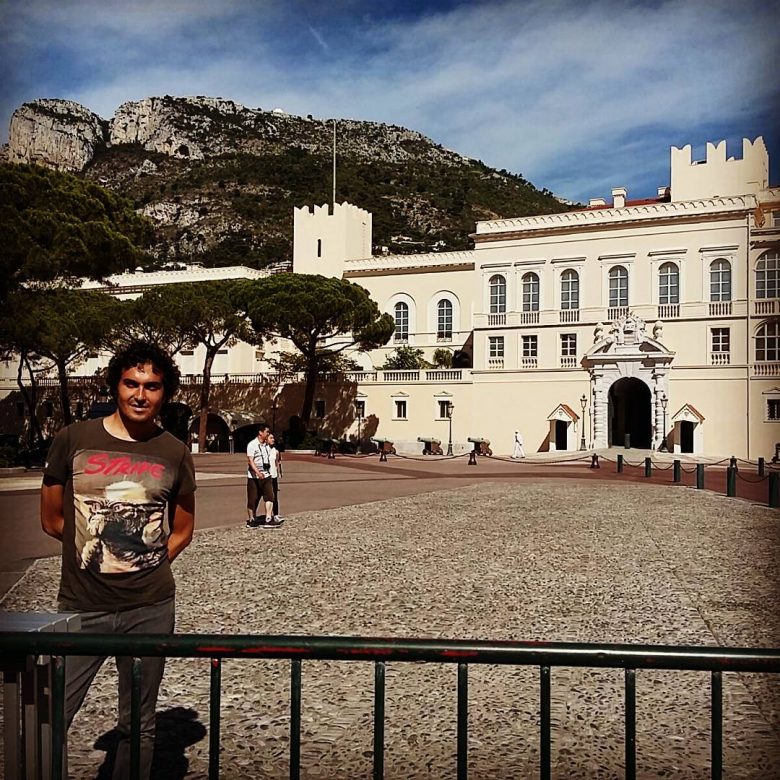 One of my first articles for Escarcha Models was about my holidays in Nice, Cote du Azur, France. However, I could not tell the tale entirely. It was too hard. Now, I am going to tell the truth. I lived the terrorist attack that took place in Nice last summer. It is now when I realize everything. It is now when I openly think about it. A mortal terrorist attack was round the corner. 85 people died. 303 were injured. I was too close to it.

That day it was French National Day, 14th of July. I was in Cote du Azur having holidays without knowing it was such a big day.

The highlight of our vacances did happen that day as we went from Nice to Monaco. It was such a nice day as Nice is. It was a sunny one similarly in Monaco as the picture shows. We did have such a pleasant time in Monte Carlo, yet it was going to end in tragedy for France.

When we came back to Nice there was an incredible parade by the beach. The exhibition was marvelous; you could tell it and you could appreciate how beautiful and outstanding arrangements were.

Our hotel was called Universe which is only 10 minutes walking away from the Hotel Palais de la Méditerranée, where a terrorist was killed by French Officials. The terrorist had driven a truck through a main street for 2 evil kilometers.

We did not see the parade at the same place where the terrorist attack happened. Nonetheless, it was so close I am trembling while recalling it.

People were seeing the display only 20 minutes away from we were. We did not know anything that night. It was such a big party everywhere. We had dinner and saw the city centre. The ambience was unique.

But the following morning (although we did not even know what took place) we had petite dejeuner and we walked throughout the streets.

Everything was quiet, somehow empty, the atmosphere was especially strange. It was more than clear that something important had happened.

There were helicopters flying and police everywhere. Some people carrying flowers and plenty of television reporters standing by.

They had cordoned the area off, but we did not realize at that moment the seriousness of what was happening. You felt the sensation, the distressing mood but not completely.

Later on, I watched French television but my command of French it is no so fabulous. As a consequence, I did not fully understand a terrorist attack had actually happened.

As I was on holidays I did not even have my mobile phone with me. We did not know anything at all.

In fact, we left Nice and France without realizing it. But afterwards, I spent one week with no internet, no mobile devices nor watching television. I was tired, exhausted.

Little by little I came back to my regular activities and it is now, more than 6 months later, that I am getting used to the idea of what did really happen.

The feeling I had those days was rare. I know now the reason. I lived a terrorist attack in Nice, one of the biggest in recent history and I am discovering it now. Do share rate and comment.