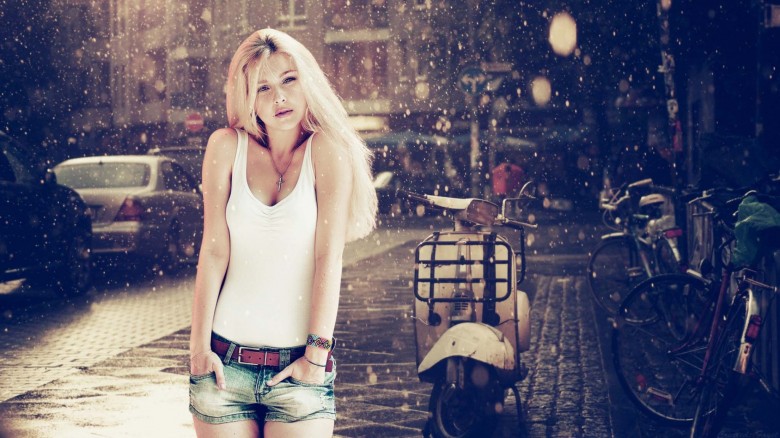 Levis, jeans and the myth of this iconic piece of clothing

Time magazine chose 501 Levis jeans as the piece of clothing of the XX century. In fact, jeans have become the witness of our world throughout history. Do you want to discover why and how???

Even though wearing jeans has been the best way to dress outlaws, rockers, tough guys, misfits or punks… jeans have also become a clothing for everybody. In fact, there are plenty of historical anecdotes having jeans, that was the customary way of dressing for numerous people, as a privileged spectator. Thanks to this piece of clothing we can discover cultural key moments. Likewise, famous personalities chose jeans, especially Levis, in moments which changed the world and impacted in our lives.

Let´s start with Levis. From San Francisco, California in 1863, with miners wearing Levis to extract gold until today, Levi´s has been with us overseeing our times as it is the most popular brand of jeans.

German genius Albert Einstein wore a Levis jacket daily back in the 1930s.

The first actor to give jeans notoriety was Marlon Brando in his movie “The Wild One”. Tough guys as bikers had at least the representation they deserve, Levis jeans were the clothes they wore. The year was 1953. Jeans appeared relevantly in movies for the first time.

The best actress to give jeans notoriety could not have been other. Marilyn Monroe gave jeans prominence with a sexy touch. This was the year 1961 and women started to wear jeans to show her sensuality.

In the year 1967, the hippie movement started to conquer the world. Hippies wore jeans mainly to make love and not war.

Nobody represents rock and roll as The Rolling Stones. In 1971, they chose jeans to be the cover of their famous album, Sticky Fingers.

They were hated at first, but they also had style. As a matter of fact, New York punk band Ramones, made jeans to be relevant. It was the year 1976 and jeans represented punks too as a result.

Bruce Springsteen was one of the musical icons of the 1980s. One of his most important music albums, Born in the USA, had jeans on the cover. Modern hard working men felt comfortable with them like the first miners in 1873 did.

If one of the music albums of the 1980s was Born in the USA, Thelma and Louise was one of the movies of the 1990s. A brilliant flick, it became an icon for feminism. The two protagonists, Susan Sarandon and Geena Davis, wore Levis all the time to show that not only jeans could be sexy, but also be a feminist icon.

We owed Steve Jobs many of the technological devices we use at present. Steve Jobs owed jeans everything because 501 Levi´s jeans were his outfit every day, all his life.

Even politicians have had a taste for jeans, in 2009 Barack Obama introduced mom jeans in his appearances, albeit the world of politics is famous because of its seriousness.