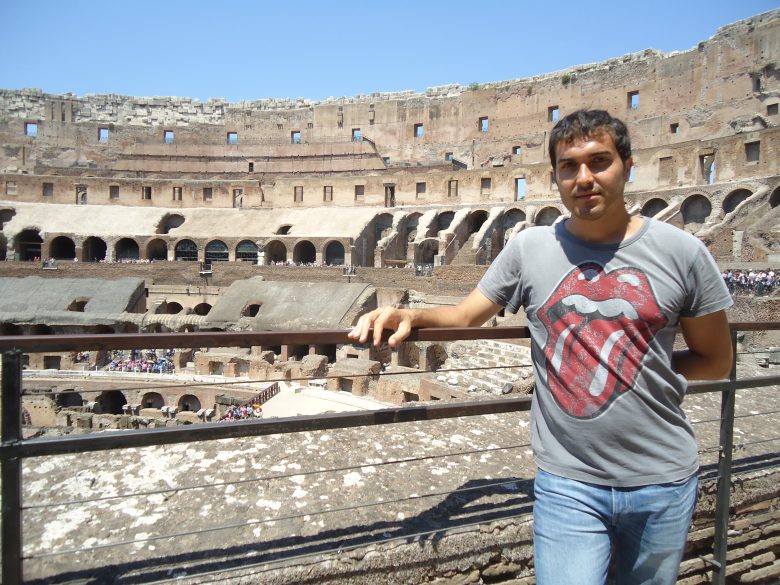 Visiting Rome and Italy for the first time

I have been visiting Rome, Italy, for the first time. This is the reason I published my last story last Monday instead of last Wednesday. If you want to know what I experienced keep reading

VISITING ROME AND ITALY FOR THE FIRST TIME

As I am Spanish I did not have so much trouble when it came to understanding Italian. In fact, I almost understood everything when I watched Italian television in the hotel room. Similarly, I did not have problems to understand people talking to me, let alone reading something written. However, I cannot say more than two words in Italian.

I have enjoyed this trip a lot. Italy is one of the most beautiful countries in the world, yet I have only been to Rome. This is a brief recount of some beautiful places.

This is something I have not intended to see. Just in the center of Rome, in Piazza Venezia, from whence you can devise the huge Colosseum, there is this monument called Altare della patria.

The Altare della patria was built to pay homage to the father of modern Italy, Il Vittoriano. There is an equestrian sculpture of him and impressive stairs so that enter into a fancy building. We took a lift likewise, hence, we saw the whole of Rome from the heights. This is a very beautiful building

It is hard to believe, but the truth has Colosseo had a capacity for 60 thousand people who attended to different activities that took place therein. We are talking about something thousands of years ago. As football stadiums nowadays, Colosseum, was an emblem, a place to have fun. Indeed, gladiators were superstars (as modern footballers are) insofar as they (although they could die) would earn lots of money. They worked only some days a year but they had to work really hard to render gnarly performances. Colosseo is an emblem and really impressive. I saw all of it and we spent hours and hours, it is a worthwhile experience.

This is what two famous writers think of it: “I do remember me, that in my youth, when I was wandering, upon such a night I stood within the Colosseum´s wall, midst the chief relics of almighty Rome. The trees which grew along the broken arches waved dark in the blue midnight, and the stars shone through the rents of ruin” Lord Byron.

“When one looks at it, all else seems little, the edifice is so vast, that one cannot hold the image of it in one´s soul: in memory we think it smaller, and then return to it again to find it every time greater than before” J. W. Goethe

In order to be in St. Peter´s Square you ought to pass a barrier as the one you pass at the airport. It was an extremely hot day, yet it was nice to be just in this square. The design of this square is both beautiful and original. I really think this is unique. We also enter into The Vatican. Nonetheless, we did not see the Pope. Some people did and they showed proud their pictures to everybody.

I believe it was classic movie The Dolce Vitta which made this fountain famous. I had always heard of it, albeit I did not know it was going to be so crowded. In fact, it was difficult to stare straight at it due to the number of tourists. People throw coins just in case a wish could become real. I did not, but I recommend everybody to see Fontana di Trevi.

Visiting Rome is always a good idea as sharing an article of Halcombe. Have you been to Rome? What do you have to say? Do share and comment.