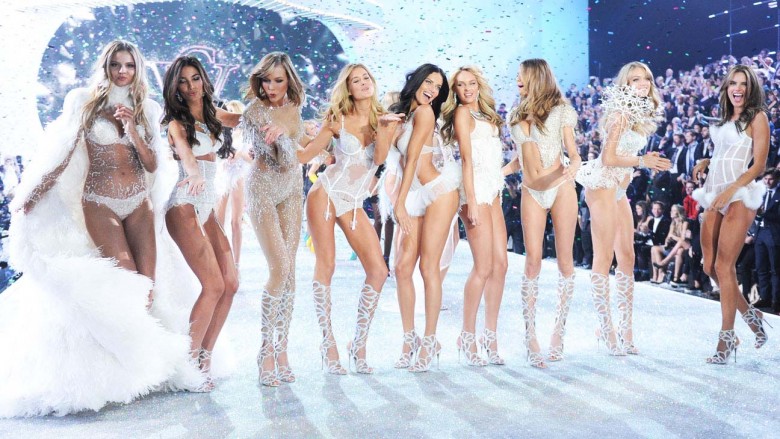 One of the founders called Roy Raymond would be embarrassed while buying lingerie clothes for his wife named Victoria, the outfits to be founded in the 1970s were boring, old-fashioned and so hideous that he decided thereby to launch a lingerie retail site to sell sexy outfits, that was the secret of Victoria; her hubby was buying and choosing her intimate clothes.

The models who have worn the special bra on more than one occasion are Karolina Kurkova, Adriana Lima, Gisele Bündchen, Tyra Banks and Alessandra Ambrosio. The model who worn it on 3 occasions was Heidi Klum and most recently Adriana Lima who is still an angel.

Similarly, there are other supermodels who do not appear on the show but work for the brand all year long, in fact, VS used to have 8 angels and 11 supermodels.

However, Victoria´s Secret has changed its strategy and now there are more angels than ever, they have signed young supermodels and after seeing how Doutzen Kroes, Lindsay Ellingson or Karlie Kloss have left the brand a new group of  beauties have been hired.

These 14 now and 8 in the past supermodels named Victoria´s Secret Angels are the main protagonists of the annual Victoria´s Secret Fashion Show because they wear the most spectacular outfits and the impressive wings, what is more, one of them will wear an special bra, it changes its name albeit it may have the title Fantasy bra attached to it, especially made for this particular occasion with rare, expensive and precious materials like sapphire or diamonds.

Without going any further, two years ago the chosen model was Candice Swanepoel who did wear a bra that costed ten million dollars. The model who worn the most expensive special bra ever was Gisele Bundchen whose outfit was valued 12 million dollars.