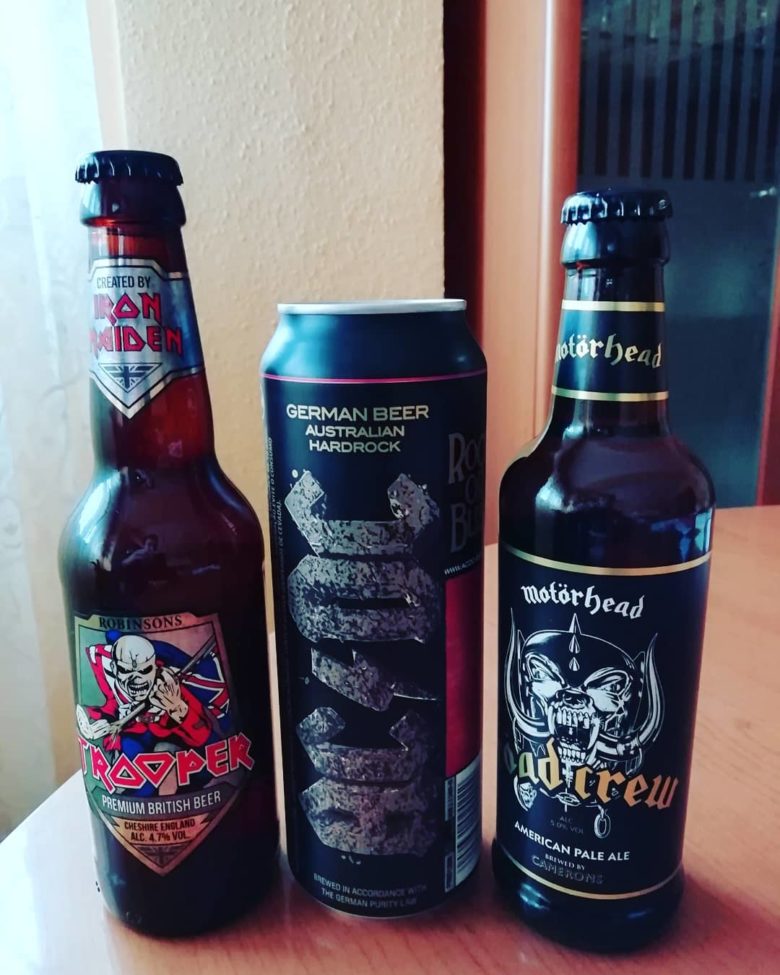 Rock on the Rocks!!! The beer of Iron Maiden, AC/DC, Motorhead plus some historic cocktails

There is one American store near my home which offers unique products (“The taste of America“). There is beer paying homage to AC/DC, Motorhead or Iron Maiden. I have bought these 3 different types of beer and I will talk about them. What is more, you can discover some historical cocktails. Keep reading!!!!

As the picture truly depicts, I have bought these 3 rocking beers, yet I am not going to taste them. The stunning design deserves my respect, to say the least!!!!

According to music reviewers, Trooper is one of the best songs in heavy metal history. It is a key song on the history of Iron Maiden.

It turns out there was a battle a lot of years ago which did take place in the year 1854. This battle is the Battle of Balaclava during the Crimean War. British soldiers attacked Russian ones in a bloody incident.

However, the thing is there was a mistake thus British troops started fighting, yet they didn´t have to. This conflict made Iron Maiden to pen this song and create this beer thereafter.

Lemmy, the leader of Motorhead died some years ago. Prior to becoming a rockstar, he traveled alongside Jimy Hendrix playing for him. Lemmy would open the concert before Jimy Hendrix started his. As the legend has, Lemmy wrote this son Road Crew in a North London studio, but in the toilet. The song is we are the road crew and the name of the Motorhead beer is “Road Crew”

I have also an AC/DC beer, is called Rock or Bust. Rock or bust is one of the last records of AC/DC. It contains great songs such as “Rock or bust“, or “Play ball“.  I saw AC/DC in Barcelona during the world tour of this Australian band, that was named after the song and record Rock or Bust. Nonetheless, the beer says it is Germany the country in which is made.

AC/DC is one of the best acts in hard rock music, hence if you can see them do not doubt!! Attend!! There has been plenty of mishaps in recent AC/DC history. Indeed, only Angus Young, the veteran guitar player who still wears a school uniform, remains on it. However, they are still playing throughout the world.

Beer aside, there is another great way to drink, let´s talk about cocktails!!

You may have drunk the following cocktails and now you can discover from which county they come.